Why the Klamath Matters

I had the pleasure of working with writer/producer Courtney Eldridge on a booklet design for Why the Klamath Matters, a project by Jason A. Atkinson and Jeff Martin.

Why The Klamath Matters is a feature-length documentary film that will make an emotional connection between the American public and restoration of one of America’s greatest, most complex, most humanly diverse river systems. The film will build that connection by combining breathtaking cinematography, candid interviews, intimate portraits, and most of all, an incredible story set on a river. Because Why The Klamath Matters is a family story; it’s a western story; and it’s a story about these United States— all of us, our past, our present, and our common future. In the words of Theodore Roosevelt, “Neither man nor nation can prosper unless, in dealing with the present, thought is steadily given for the future.” 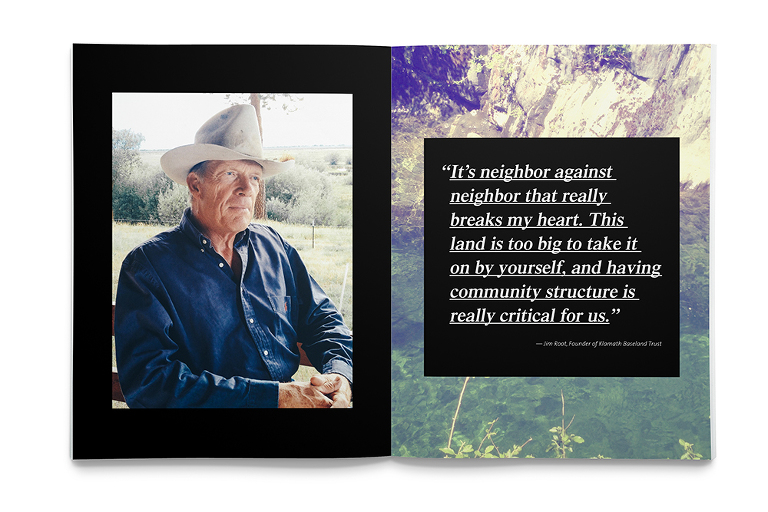 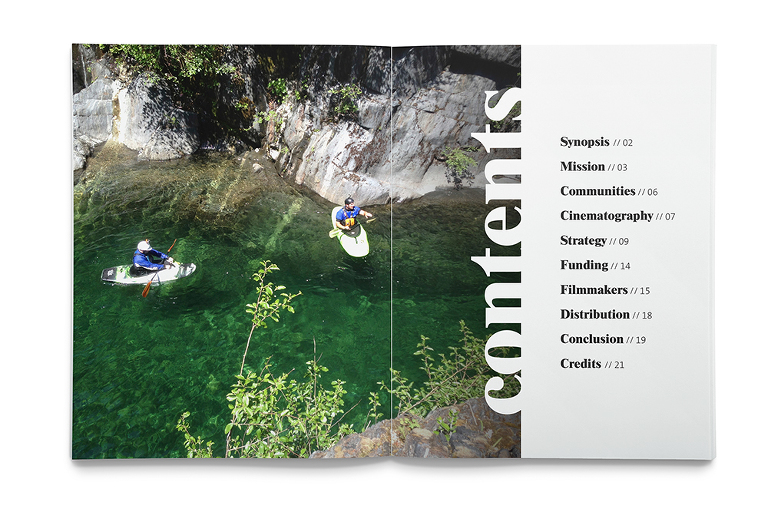 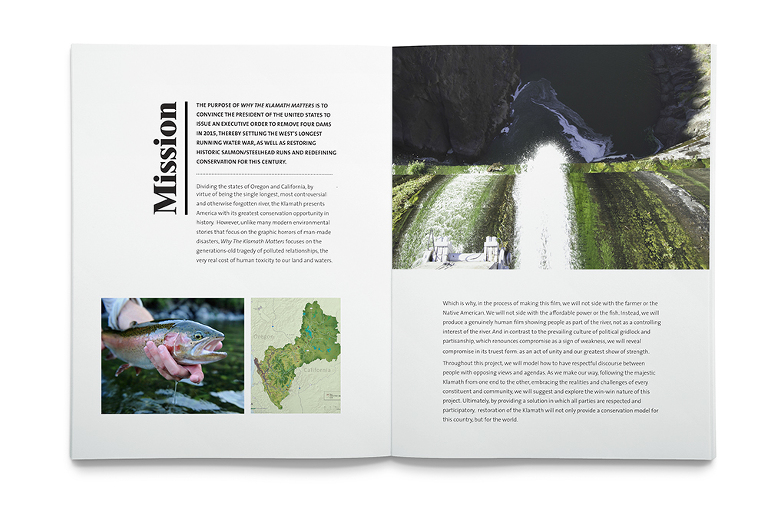 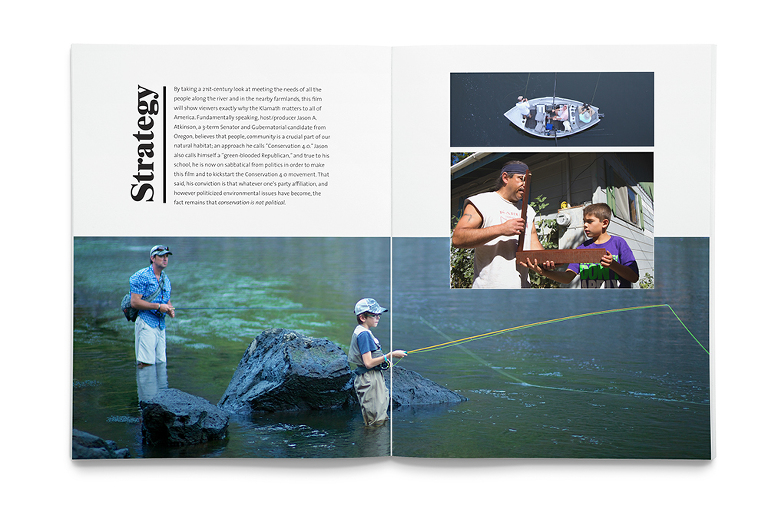 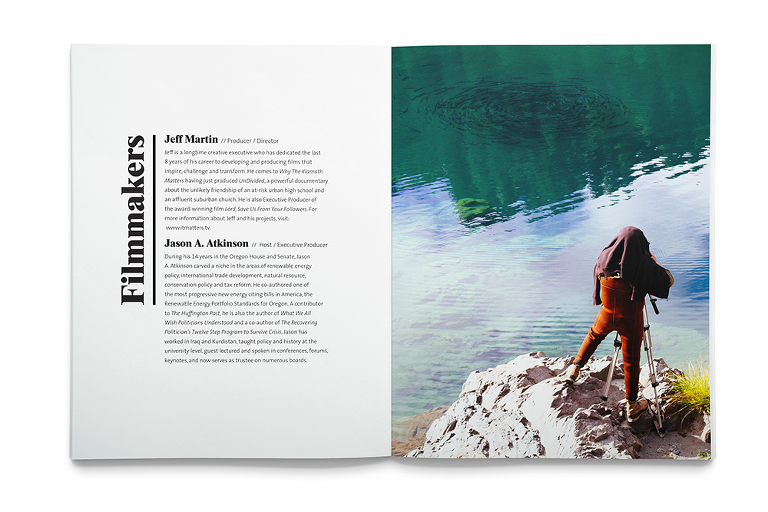 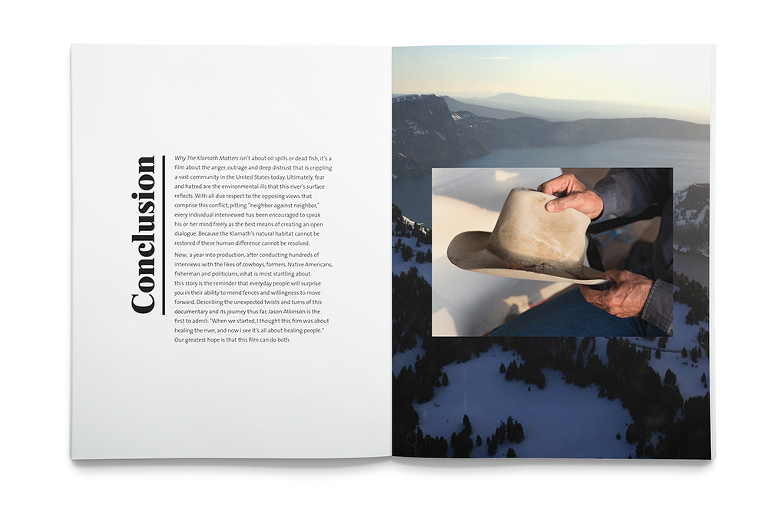